It is happening, and it is happening right now. The gaming industry is going through an incredible shift from console and PC gaming to virtual reality gaming. One might have seen virtual realities in movies and TV shows, but now, it is time to be a part of it. The technology associated with VR is incurring drastic changes that are making the headsets more compact and user-friendly. VR games let the players create a virtual space around them as if they are actually in that place. In recent years, many popular gamers have been drawing attention towards VRs and were increasing their popularity. These devices have been gaining traction for many years because they provide creative games and compelling experiences. Each VR headset is launched on different platforms, and finding the right distribution can be tough for a first-time gamer. In this guide, we will share tips and factors that can help narrow down choices when buying a VR headset. When people hear about VR, the first thing that pops up is Oculus Rift. Well, Oculus is not the only company in the virtual reality industry. Many other competitors prove their value like Google, Microsoft, and Samsung. Virtual reality games and experiences are executed with the help of two types of headsets. They are tethered and standalone headsets. Each has unique features and functionality. Tethered headsets are usually connected to a desktop system, meaning that these devices need a physical connection. In the case of standalone headsets, one has more freedom to move, and it is mostly associated with smartphones.

These VRs belong to the lowest category in the headset selection. These are priced so low because they are made up of plastic and cardboard. Many companies have branded the idea of cardboard sets for bringing virtual reality at an affordable price. Most of them are certified in multiple VR app platforms like Android and IOS. To make them more durable, some manufacturers also use aluminum as their primary framework material. Google Cardboard headsets are the most portable and easy to use devices in the marketplace. Most of them come with foldable designs, and they are best known for live-action or motion tracking shows. The controllers that come along with cardboard VRs have precisely one input to project the display. The control buttons are easy to navigate, even for a beginner. The lenses can be moved with one finger, and they can touch the screen to perform simple slot actions in a video game.

Many latest gaming consoles like Playstation and Xbox are launching their virtual reality games. With the console, some bundles are offering VR headsets to try some of their games. Console VR headsets eliminate all the problems with installing and upgrading software. One can plug it into their console and start playing. These VRs are famous for their immersive virtual reality experience, providing high refresh rates and resolution. The refresh rate can go up to 120hz, and the decision is much better than Oculus VR. Cameras and controllers sync perfectly with the game without any lag or issues. If one is a console gamer, this headset will take their gaming experience to the next level. The only drawback is its compatibility. They are fixed to consoles, and other devices can’t be associated with these VR headsets.

Top of the line products has the most craze in the marketplace. It is because of the software support they provide. Virtual headsets from Oculus and Samsung have the best functionality, and they had to put in a lot of effort to work things in terms of size, weight, and form factor. The HD display is another plus point that most users like in their headsets. The screen is just the beginning; it has many more advanced technologies included like head tracking, in-built mic, gyroscope, and IR sensors. With most high-end headsets, all applications run and execute flawlessly. The drawback of these headsets is that they need a high-spec desktop system. The processor should be the latest version, and the graphical performance should be at its peak.

Things To Analyze Before Buying A VR Headset

One cannot just go online and order a VR headset without verifying its compatibility with their device. This is where many people make blunders when buying a VR headset. So, one should prioritize their needs and then check whether the headset is compatible with that or not. For cinematic experiences, there are separate VR headsets for movies. For gaming, there are Xbox VR headsets and PS4 controllers. Each brand needs some specific specifications and settings to run their particular software. For example, if one buys an HTC Vive VR headset, they have to have a PC with a powerful CPU with a minimum of 8GB RAM and 4GB graphics.

Many buyers often overlook the degree of immersion. To have a complete virtual experience, one has to equip their headsets with particular controllers and tracking sound. Look for controllers that offer 1:1 positioning tracking. With this kind of tracking mechanism, one can reach out deep into the virtual reality experience.

Resolution and frame rate go hand-in-hand for VR headsets. For paced gaming titles, a good range of refresh rates would be 60-90Hz. Some models are even 4K VR, but the price tag on these can be shocking. However, the experience from 1080p and 8K VR headsets is unbeatable.

VR games and headsets are available in almost all price ranges. The resolution, refresh rate, and compatibility is some main things that determine the cost on these devices. Oculus and Microsoft have top-rated headsets in the market. Google and Samsung have some affordable models. The prices range anywhere between 60 AUS Dollars to 600 AUS Dollars.

Everything is unpredictable when it comes to VR games and experience. Some can get headaches or even get injured in the middle of a video game. If that’s the case, one can always replace and get a new one. Look for at least one year limited warranty period to cover repairs and damages.

Virtual reality is here, and it is only going to grow for years to come. It is time to take a dive into this alternate world and experience it yourself. VR headsets revolve around weight, comfort, resolution, and multiple device compatibility. Some can be used for both smartphones and PCs. Pick your favorite one from our list of top ten VR headsets given above.

Affiliate Disclosure
Reviews.guide is a data-driven platform that uses proprietary algorithms to analyze product descriptions and features customer reviews, price comparisons, and provide deep insights into top brand products available in the market. Please be aware that Reviews.Guide might accept advertising compensation from companies that may appear on this platform, and this may influence the order in which the content/product/service/company is advertised. In some cases, the compensation may also impact the rating and tags assigned by Reviews.Guide. The rating is also determined by our subjective opinion and the brand preference based on the reputation or market share of a particular Brand/Company. Any product/Service/company listings do not imply any type of endorsement. All representations of features and other information are subject to change at any time, and all the information presented on this page is disclaimed. Please check the Terms of Use for additional information. 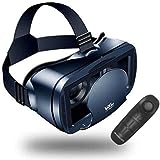